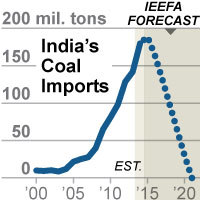 Investments worth more than $100 billion over the past eight months are driving an unprecedented shift to renewable energy in India.

The trend is detailed in a report we just posted—India’s Electricity Sector Transformation—that charts the accelerating influx of global capital into India as the country moves toward its goal of installing 175 gigawatts of renewable energy by 2022. 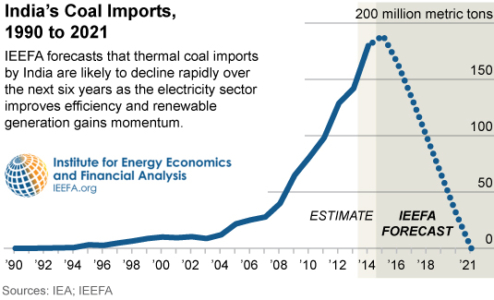 Just a few months ago, global financial markets reflected investor skepticism around whether good intentions and big promises could be turned into concrete actions. The figures we see today speak for themselves, and the $100 billion in firm commitments signed and sealed include deals with state-owned enterprises, leading Indian power companies, a number of Indian billionaires new to the power sector and major global renewable-energy firms and utilities.

Here’s a rundown of what’s happening:

October 2015 alone saw more than a dozen major deals in India’s renewable-energy sector. Among them:

It’s all in line with Energy Minister Piyush Goyal’s repeated assertion that India’s reliance on thermal coal imports is not sustainable.

The consequences for imported thermal coal are stark, and what’s occurring in India today reinforces the fact that the seaborne thermal coal market is in structural decline. There is quite simply no rational economic case for imported coal in India, and the speed of renewable energy developments is now undercutting even domestic fossil fuels.

The smart money on India today is in renewables.

(Our full report is available here.)