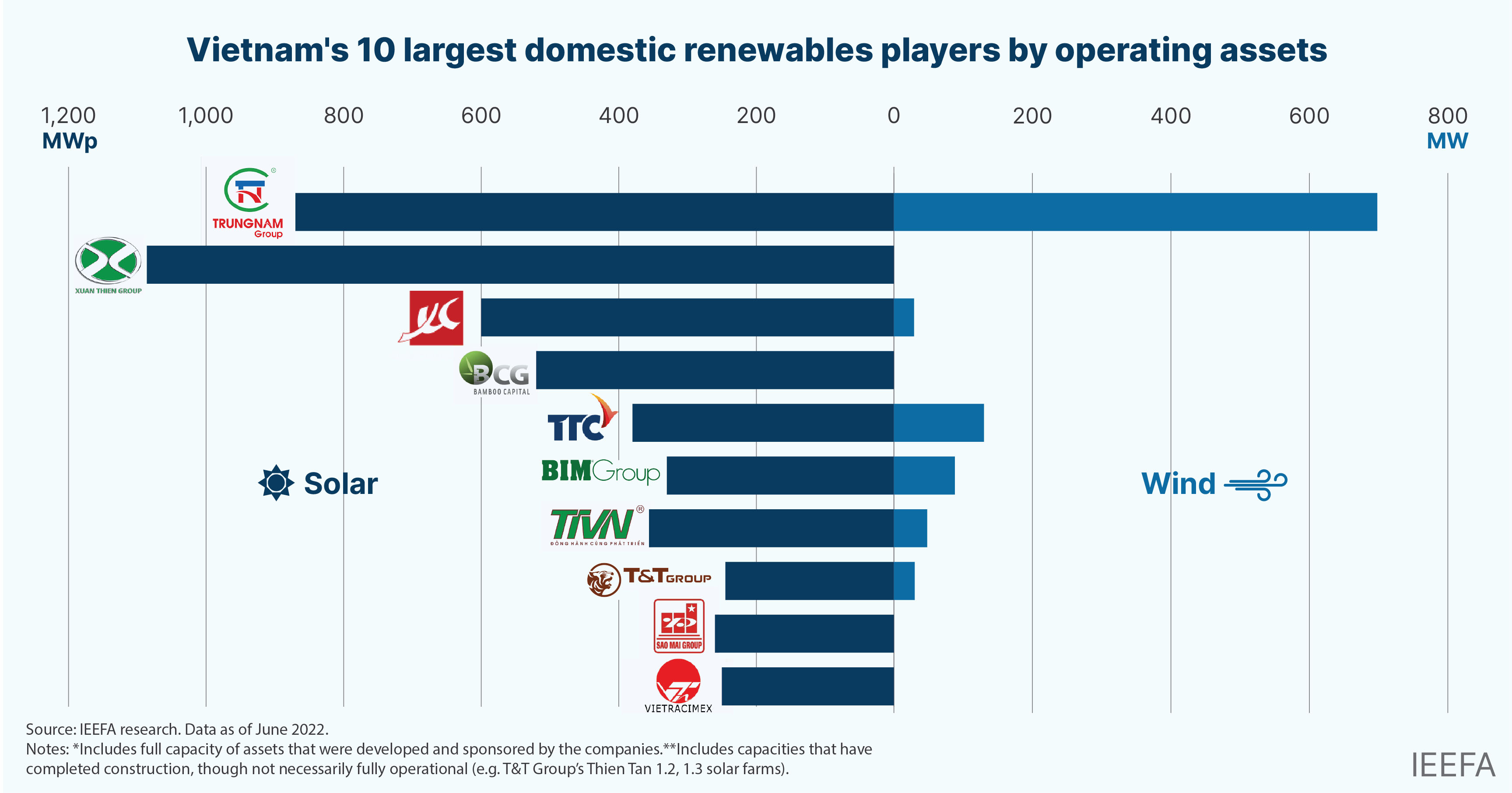 6 September (IEEFA Asia): The emergence of a new class of domestic power businesses and their central role in driving the massive adoption of renewable energy in Vietnam is shedding light on how the most promising energy growth markets in Southeast Asia can scale new renewables technologies, says IEEFA’s Energy Finance Analyst Thu Vu in her new report.

Vietnam’s explosive deployment of solar and wind power capacity in the past five years has consistently surprised energy planners and investors globally. While much of the focus has been placed on the government’s well-timed policy incentives, homegrown businesses have been instrumental in driving market adoption and enabling access for foreign players.

“Over the next 12 to 24 months, it will be important for foreign investors, developers and banks to assess how these domestic corporates’ growth and funding strategies will reshape Vietnam’s green financing needs.”

Vietnam introduced the first renewable energy feed-in-tariff (FIT) policy in 2017, which Vu described as an equal opportunity business initiative for the country’s many private sector companies. The programs have attracted businesses of varying sizes and industry experience to venture into power generation.

“Hundreds of solar and wind farms have been licensed and built in solar and wind resource-rich areas in central and southern provinces of Vietnam,” says Vu. “This illustrates the value of modular, scalable renewable energy when capital and execution capabilities for large-scale generation projects are constrained.”

However, the opportunistic market development pattern has led to a high degree of fragmentation by ownership. IEEFA estimates that the top 10 largest corporations that now control operating utility-scale solar and wind power capacity hold just around 40-50% of the current market.

“There is an active competition for market leadership among the domestic players, but we’re still at an early stage of market consolidation,” says Vu.

In the report, Vu has identified the top 10 Vietnamese corporations with the largest utility-scale solar and wind power fleet currently in operation.

Despite their humble beginnings, new entrants such as Xuan Cau Group, BIM Group, Bamboo Capital Group, TTVN, T&T Group, and Sao Mai Group have each managed to develop hundreds of megawatts of solar and wind power in the past five years.

Foreign partners also provided strategic support for local businesses in project development and financing. “Thai power companies have been particularly prominent and have played the most catalytic role,” says Vu.

Vu expects that divestment and acquisition preferences shown by domestic players from now on will reflect their asset management skills, financial resilience, and longer-term strategies for the renewables business.

“There are developers who have started to shed assets, creating market entry and expansion opportunities to the late entrants. Others, however, are opting to sell minority interests to help fund new projects.”

Deeper market penetration by the seasoned foreign players and the upcoming, more competitive procurement policies of the state utility Electricity of Vietnam (EVN) will mark a new development phase for the local power sector and domestic actors.

“It is competition that will become the defining feature of the market going forward,” says Vu.

Read the report (in English): The Quiet Rise to Prominence of Vietnam’s Renewable Energy Corporates 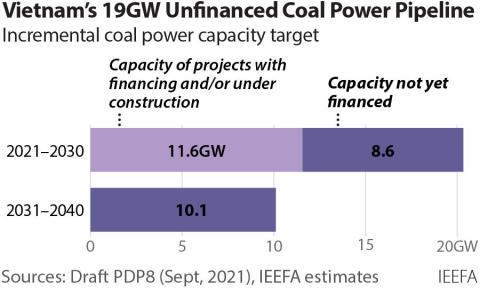 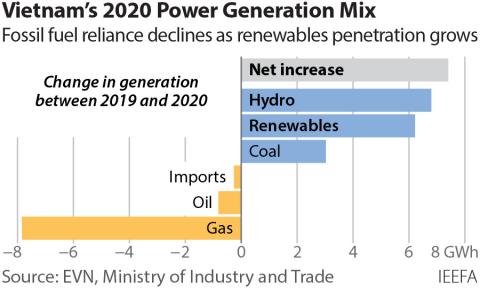 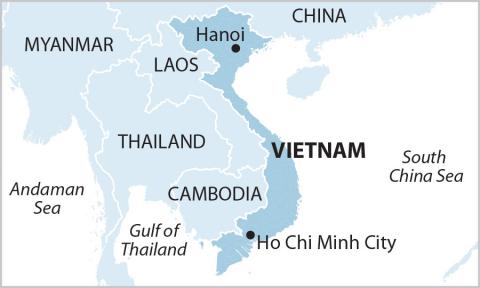 IEEFA: There will be no smooth sailing for LNG investors in Vietnam
January 19, 2021
Press Release
>