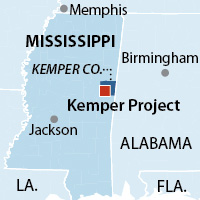 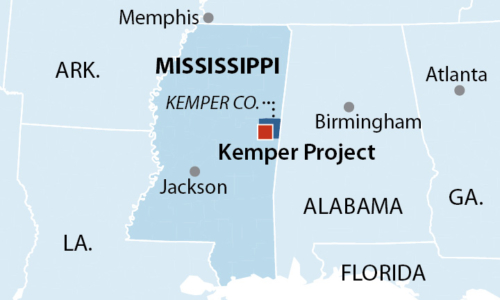 Call it what you will: fiasco, debacle, calamity, misadventure.

But not a surprise. Georgia-based Southern Company and its regulators in Mississippi were warned years ago that the experimental and now infamous “clean coal” Kemper power plant project was a shot in the dark. They kept at it anyway, pushing the price tag to $7.5 billion, well over twice the approved costs, with construction still undone years beyond the promised completion date.

Executives at Southern and its subsidiary Mississippi Power County and a majority of the members of the Mississippi Public Service Commission pursued Kemper—at huge expense to ratepayers—even after being warned about what would happen.

I know because I warned them years ago.

In explaining the project’s risk to the commission I described several likely eventualities. Among them:

All of these risks have materialized, which is why the public service commission announced this week that it had had enough and that the Kemper “clean coal” experiment was over and that the plant henceforth will burn natural gas instead.

“The message is pretty clear,” Paul Patterson, an equity analyst who follows Southern at Glenrock Associates LLC, told the Wall Street Journal. “Mississippians don’t want to pay for a ticket on a plane that isn’t going to fly.”

The commission has a say-so, of course, because part of its job is to protect ratepayers from utility companies. And although this particular action comes a little late in the game, the reason for that is that new commissioners were elected to the board in November 2015, replacing the group that had approved the deal.  The relentless work of the Sierra Club in Mississippi, challenging the costs of Kemper, helped build public support for a regime change at the commission and for the unanimous vote this week in favor of consumers.

As the Associated Press reported the other day, “Southern Co. shareholders have so far absorbed $2.7 billion in losses. Customers could ultimately be asked to pay $2.4 billion.”

Why didn’t Southern Company executives listen when red flags were raised? Perhaps because a combination of arrogance and greed were at play as executives expected that customers would pay costs that would be incurred along the way and were confident that they were developing a new product that they could market around the world.

Why else would the company have rejected all of the warnings associated with the project’s many risks?

Kemper Power Plant, a Debacle That Should Never Have Been Built