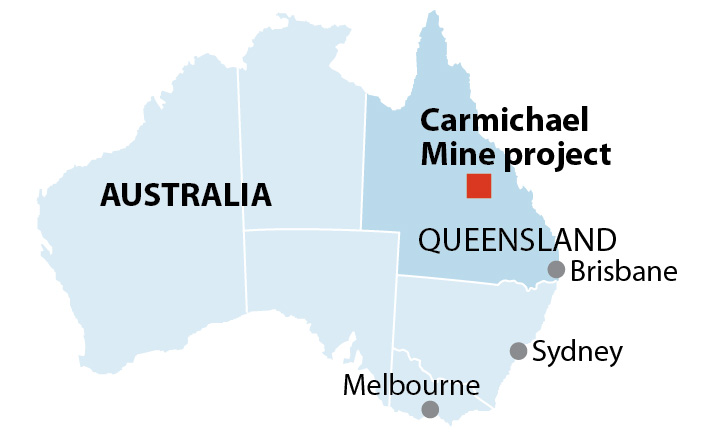 (SYDNEY) – While the Queensland government moves reactively to fast-track the approvals process of the decade-long delayed Adani thermal coal mine in the Galilee Basin, thermal coal export forecasts continue to show a terminal decline globally in the long term, consistent with the goals of the Paris Agreement.

There are three immediate reasons why the Adani thermal coal mine should not go ahead: first, this tax haven-owned thermal coal mine will provide less than 1,000 jobs locally; second, it will generate no royalties to the Queensland government for seven years; and third, it is unable to attract partner investment or insurance anywhere in the world due to forecasts predicting the technological obsolescence of thermal coal.

A fourth and primary reason is that Australia’s renewable energy-generated hydrogen sector can potentially become one of the country’s largest export industries, and this is where the real opportunity lies both in terms of jobs and investment.

Australia has a growing range of alternatives to thermal coal mining for regional employment and investment.

In 2019 alone, there has been a major announcement every week from a significant investor shifting away from coal towards alternate renewable technologies and a carbon-free world.

On 22 May, BHP clearly stated they have “no appetite for any new investment in thermal coal, regardless of how lucrative those investments may be.”

This follows five major financial institutions across Asia announcing plans over the last two months to move away from financing coal-fired power plants, further signalling this accelerating trend across the region.

The Queensland government is being pressured to approve a thermal coal mine that opens up an entirely new, remote 320Mtpa low-energy high-ash thermal coal basin that the world does not need. Such a decision is entirely contradictory to all the mounting finance, regulatory and corporate evidence globally.

Capital flight from thermal coal is accelerating, globally and locally.

The Reserve Bank of Australia and the Australian Prudential Regulatory Authority also recently sounded the alarm about the real and permanent consequences for the economy, business and financial markets if emissions are not reduced, warning of climate risk threatening Australia’s financial stability.

Australia has a growing range of alternatives to thermal coal mining for regional employment and investment.

Recent technological advances have made renewables one of the country’s fastest growing industries, and Australia is already a world leader in battery storage installations, while zero‑emissions hydrogen exports look exceptionally promising.

At a state level, the integration of renewable electricity generation is already being achieved at a world-leading scale in the Australian Capital Territory, Tasmania and South Australia, with Victoria and Queensland recently lifting ambitions for 50% renewables by 2030 and, as a result, unlocking large-scale regional investment and employment opportunities.

Queensland now has the opportunity to transition the State into a cleaner, more sustainable and affordable energy future.

From a financial point of view, the deflationary low-cost renewable energy market is providing abundant opportunities for astute investors keenly aware of the global shift away from coal and carbon-emitting industries.

Queensland recently lifted ambitions for 50% renewables by 2030 and, as a result, is unlocking large-scale regional investment and employment opportunities.

Queensland is in a prime position to attract a wealth of renewable investment to replace the small percentage of thermal coal royalties the State attracts, not to mention the hidden costs in the form of externalities including air/particulate pollution, water shortages, carbon emissions and adverse health consequences.

Now is the time for Queensland to prepare communities for the inevitable transition and accelerate investment in renewables to create regional jobs, rather than doubling down on a dying industry. It should invest in the renewable export industries of the future, not approve a backwards-looking thermal coal mine.

IEEFA update: Why renewables are the solution for Australia