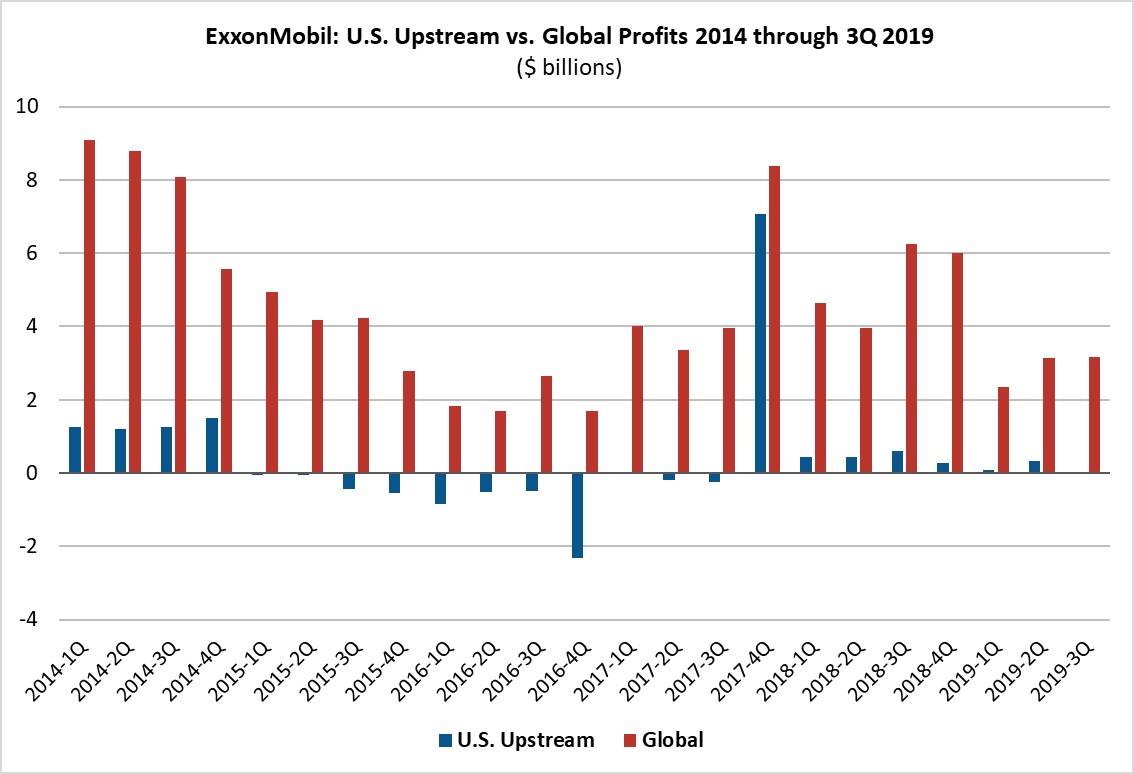 After years of subpar performance in unconventional production (hydraulic fracturing, or “fracking”) of shale reserves, ExxonMobil has redefined its Upstream strategy. Production will no longer be described as short-cycle, with its promise of generating quick cash. Staale Gjervik, President of ExxonMobil ‘s subsidiary XTO Energy, announced last week the company has shifted toward a long-term, value-creation orientation in the Permian Basin.

The promise of short-cycle cash from Permian exploration and production (E&P) was originally announced in March 2017 by then newly-appointed Chairman and CEO Darren Woods. The approach was referred to by Jack Williams, part of ExxonMobil’s inner circle, as generating “quick cash flow.” CEO Woods said the cash would flow within three years as the company continued to bet 30% of its annual capital budget on fracking.

The short-cycle investment strategy was abandoned because ExxonMobil’s unconventional Permian investments did not produce quick cash. Massive capital expenditures have produced only meager earnings. Like its smaller counterparts, ExxonMobil is courting financial failure by following the siren call of fracking.

Earnings from ExxonMobil’s U.S. Upstream profits have been dismal since before Woods’ tenure.  They have seen only microscopic improvement since he arrived — hardly the robust profits created during former-CEO Lee Raymond’s powerhouse days. 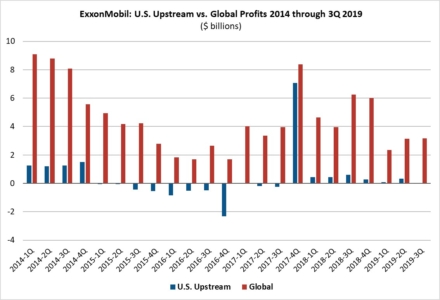 Since 2017, ExxonMobil’s earnings from its Upstream investments have been marginally positive, except for a lone quarter at the end of 2017, when the company benefited from a one-time federal tax cut. In the third quarter of 2019, the Upstream investment in the United States earned $37 million, down more than $500 million from the same period in 2018, which was also a financial disappointment. Capex in U.S. Upstream during the third quarter was more than $3 billion, 39 percent of the company’s global investments.

Despite these weak earnings reports, the company has continued to invest heavily in the Permian.

Gjervik’s announcement puts ExxonMobil on the same path as other E&P companies that have produced a lot of oil and gas from fracking, but have not managed to produce much in the way of cash flow. Smaller E&P’s pleas to investors for more time to produce solid cash flow have not been well received.

ExxonMobil and other large integrated oil and gas companies have argued that they have an advantage in managing unconventional production because of their research capacity, large size and deep pockets. Their pockets have gotten a little less deep since oil and gas prices have collapsed.

Exxon has invested massive capex, with meager earnings to show for it.

When Woods and Williams made their pitch during the company’s March 2017 analyst meeting that they could produce quick cash, they were trying to distinguish ExxonMobil as a leader in the industry. This claim was met with more than a few questions from the cadre of ExxonMobil stock analysts. One analyst, Paul Sankey of Wolfe Research, had the temerity to ask Woods why he thought ExxonMobil could do what other E&P’s could not. Woods and Williams answered by first providing a convoluted answer about financial metrics. Sankey’s follow-up question prompted Williams’ assurance that ExxonMobil stock would not falter because of the quick cash to be had in the Permian. And Woods further reassured Sankey that the breadth of ExxonMobil’s asset holdings would tide them over. The skepticism was well-founded.

Gjervik now believes that XTO’s greater capital discipline and efficiency measures will help create long-term profitability. The long term, however, is not defined. And so, for the foreseeable future, investors can expect paltry returns, if any, from ExxonMobil’s U.S. Upstream operation. In response to a question at the 2019 Barclays CEO Energy-Power conference, Woods talked about “patience” and suggested that ExxonMobil’s technological cycle would ultimately produce even greater efficiencies.

Faced with the same problem at EQT, the nation’s largest independent producer of natural gas, new CEO Toby Rice committed to producing $500 million in free cash flow within a specific timeframe.  EQT’s management team is holding itself to a standard of accountability.

By contrast, comments by Exxon executives Gjervik and Woods seem more like the murmur of a prayer.  There are no hard cash promises or deadlines.

IEEFA update: Eleven facts ExxonMobil would like investors to forget