IEEFA: South Australia’s household solar export a warning to other states and territories 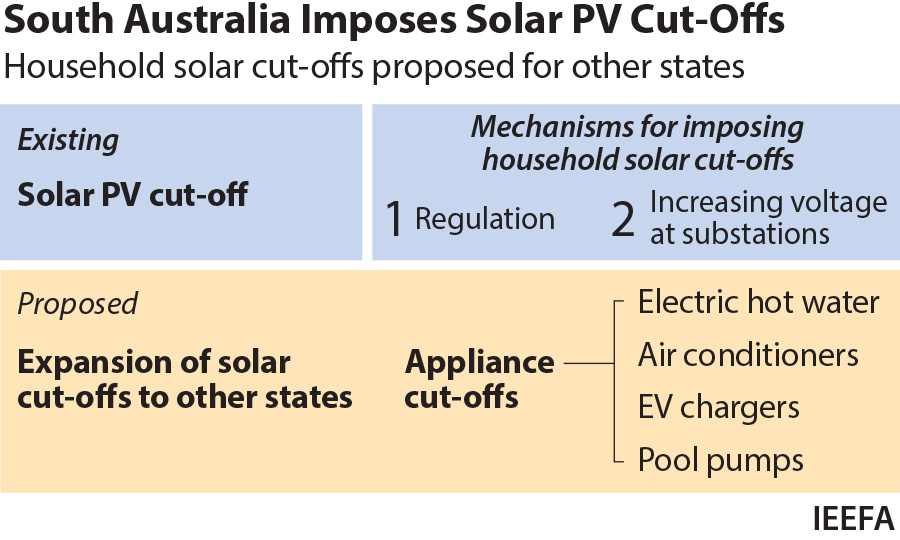 Everyone agrees we want to avoid another ‘system black’ in South Australia. What’s contested is whether household solar exports should be allowed to be cut off by the system operator, under what circumstances, and who gets to decide?

Now state energy ministers are considering adopting a similar rule that would allow behind-the-meter appliances such as hot water systems, air conditioners, electric vehicle chargers and pool pumps to also be switched off. South Australia’s rooftop solar cut-off measure was used for the first time on 14 March 2021 affecting around 12,500 households in Adelaide.

When this cut-off occurred, solar households were not compensated, and everyone affected had to purchase electricity from the grid.

As our new IEEFA briefing note describes, it is a radical departure from the operation of the National Electricity Market (NEM) which has until this point not interfered in the running of behind-the-meter solar.

It is also regulatory over-reach, especially when household solar owners are left to bear the costs of the Australian Energy Market Operator’s (AEMO) decisions.

According to AEMO, South Australia has a temporary issue with system security until such time as a second interconnector is built with New South Wales in 2024.

However, there is an incomplete quantitative understanding of the risk identified by AEMO and any budget to address the risk cannot be calculated.

The regulation was rushed through so there was no time for sunlight to penetrate AEMO’s black box declarations of a minimum demand emergency before potentially costly cutoffs were imposed on households.

With no economic analysis undertaken, we don’t know the overall cost to consumers of solar cut-offs—or the cost of any alternatives.

IEEFA calculates South Australia’s solar cut-off cost for about one hour on 14 March adds up to roughly $12,500 for all impacted households.

While that may sound like a trivial amount, if solar cut-offs occur more frequently and for longer periods, consumers could soon find themselves more substantially out of pocket, forced to pay retail prices to buy electricity from the grid to replace their own self-generation capacity.

And then there is the issue of principle and precedent.

Large energy users are compensated when they are shut down to assist system security, including through Reliability and Emergency Reserve Trader (RERT), so why not small energy producers reducing supply?

AEMO is putting all the costs for managing the system, especially in the case of planned circumstances of interconnector maintenance such as on 14 March, on distributed rooftop solar with no compensation.

The solar cut-off regulation was imposed on households which have and are making private investments in solar assets in record numbers. There was no social licence sought or granted for AEMO’s new powers.

Good public policy requires an open, transparent, consultative process that includes a cost-benefit analysis or equivalent and provision for consumers’ best interests to be debated.

Quality policy making would also have developed several options for addressing the problem which could have been tested against one another to determine that which was lowest cost and/or had the greatest benefits.

Householders and business owners should be able to determine how they run their behind-the-meter appliances within the parameters set dynamically by the distribution companies or the system operator as needed, rather than being centrally controlled.

Dynamic operating envelopes will provide a solution to this, potentially as soon as 2023.

Energy market institutions and government authorities should be focusing their efforts on accelerating the deployment of smart, dynamic technologies to modernise the grid rather than imposing crude cut-off mechanisms that reach in behind-the-meter and take control out of the hands of households.

IEEFA: What India can learn from Australia’s distributed energy transformation

IEEFA Australia: Energy Security Board reforms need to be ambitious to secure a low emissions future

Steve Blume is a guest contributor at IEEFA. 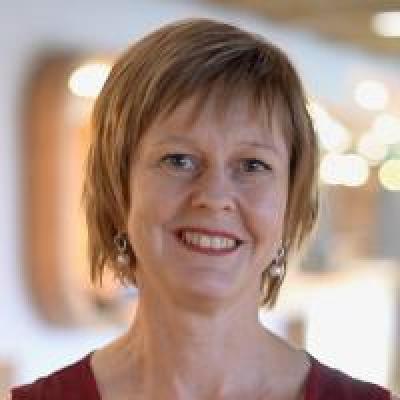