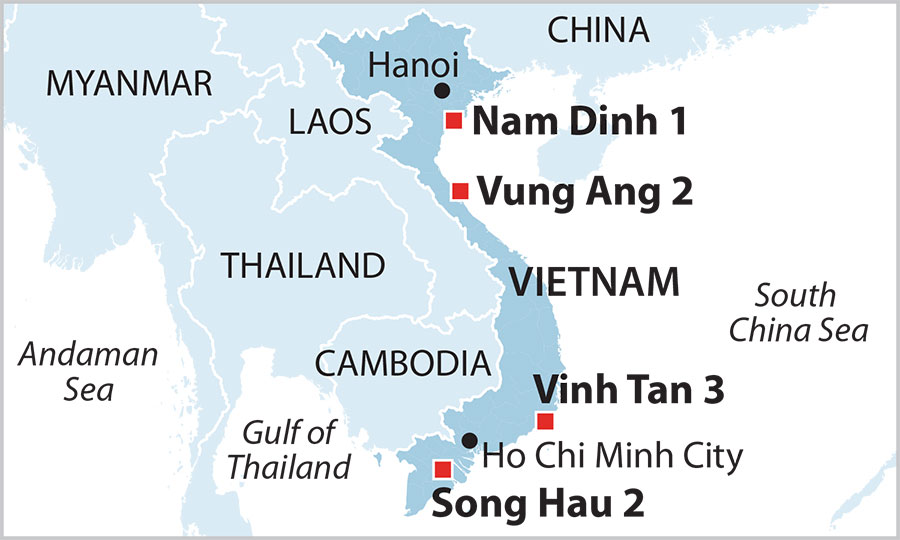 The new Law on Public-Private Partnership (PPP Law) coming into effect in 2021 creates new hurdles for foreign coal investors that fail to conclude build-operate-transfer (BOT) contracts, and government guarantee and undertaking (GGU) agreements, before the end of 2020.

“South Korean, Japanese and Chinese investors will likely struggle with changes brought about by the new PPP Law,” says Vu.

“There are risks of sovereign guarantee cutbacks and other bankability challenges. Resolving these issues will take time and add to project completion risk.”

Vu notes the change puts more pressure on Japanese and South Korean investors who are already pushing hard to close deals, as their governments and global financial institutions are signalling an accelerated exit from funding fossil fuel investments.

“Changes to Vietnam’s power market structure and emerging competition from alternative and renewable technologies are also facilitating a shift in focus away from conventional coal power investments,” says Vu.

“In provinces such as Binh Thuan where the proposed Japanese-backed Vinh Tan 3 will reside, renewable energy alternatives have been tried and tested in the past two years, with more solar and wind capacity awaiting in the pipeline. Vung Ang 2’s Ha Tinh province is also seeing a pick-up in renewable investments.

“Furthermore, local opposition to more polluting coal power in these areas is fierce, compromising the ability of project sponsors to mobilize local government support for their projects.

“This may be a risk to progress for the Vinh Tan 3 project, which was also hurt by HSBC’s decision to pull back from participating in the funding.”

Emerging competition from renewable energy is a new challenge for foreign investors in coal power projects.

“The availability of new renewable technologies as well as a more diversified pool of investors and innovative financing solutions are paving the way for the Vietnamese government to adopt more modular system solutions,” says Vu.

“At the same time, mega scale LNG-to-power projects are also being proposed across Vietnam at a pace unseen before. The political and market considerations driving this support should not be underestimated. Some of these projects may progress more quickly than their coal competitors.”

Vu notes market analysts should not overlook political factors, however. The South Korean and Japanese governments as well as the large corporate project sponsors might leverage their industrial footprint in Vietnam as part of a final push for the remaining coal projects.

“The final choice might come at the expense of EVN as a business entity and Vietnamese ratepayers.”