IEEFA Puerto Rico: Despite the scandal, FOMB is still rushing through an unaffordable debt deal 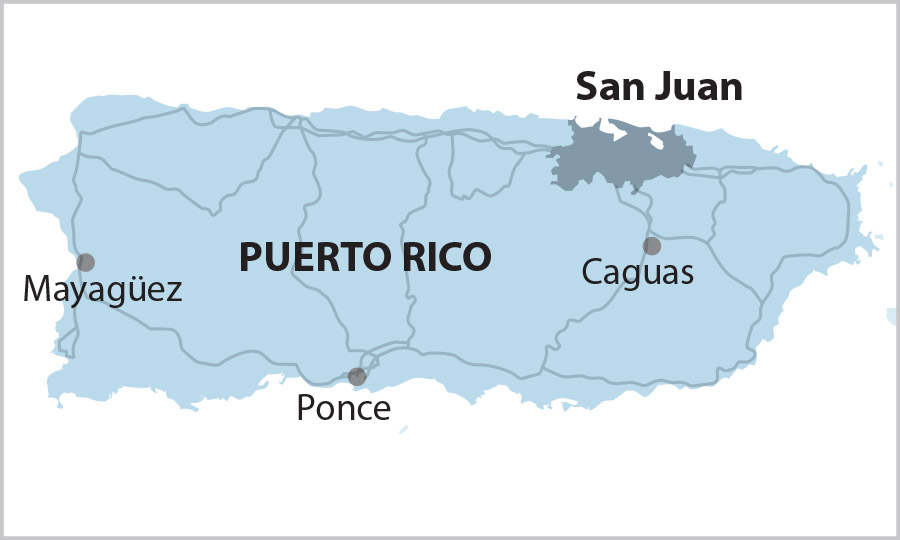 On Friday July 12, José Carrión, chairman of the Financial Oversight and Management Board (FOMB) for Puerto Rico, noted that the recent corruption and other scandals over the past couple of weeks would negatively impact the island’s economic recovery and has tarnished the image of Puerto Rico’s government. But despite recognizing the seriousness of the situation, the Oversight Board has made no indication that it will adjust its actions accordingly.

The FOMB is still rushing through the bankruptcy court system to get the Puerto Rico Electric Power Authority’s (PREPA) debt restructuring agreement approved. Earlier in July, the FOMB filed a motion and supporting testimony with the bankruptcy court requesting that the judge grant a narrow approval of the debt restructuring agreement on procedural grounds and leave it to the Puerto Rican legislature and Energy Bureau to approve the associated (and substantial) increase in electricity rates.

FOR ALL OF THE FOMB’S STATED CONCERN FOR RESTORING PUERTO RICO TO FISCAL HEALTH, THIS MOTION MOVES EXACTLY IN THE WRONG DIRECTION. The FOMB is trying to limit the scope of the judge’s authority to exclude economic issues, such as the impact of higher electricity rates on the Island’s economy, whether the people of Puerto Rico can actually afford to pay back the mountain of debt and what will happen to the electrical system if they cannot. At the end of the day, pushing a bond deal that drives the electrical system back into financial ruin serves no one, except the bankruptcy lawyers and consultants involved.

The only official of the Puerto Rican government who testified in support of the FOMB’s motion, Christian Sobrino, was fired on July 13. In his testimony, Sobrino claimed that PREPA’s management reforms are working and that its contracting process has sufficient oversight. These statements are called into serious question by recent events, including the release of the governor’s scandalous chat messages, which indicate possible corrupt activity in the handling of the PREPA transmission and distribution contract, and the arrest of the managing partner of BDO Puerto Rico for wire fraud and corruption.

In the last 2 years, BDO has landed $2.6 million in contracts with PREPA to provide financial consulting and auditing services. For FY 2019, PREPA contracted BDO to prepare monthly financial reports, analyze PREPA’s budgeting and accounts system, draft budget and accounting reports, and perform other tasks critical to the accurate presentation of PREPA’s financial position. These tasks provided the basis for the representations made to the FOMB and to the bankruptcy court regarding PREPA’s debt restructuring.

Financial reporting could be compromised by fraudulent activity

In other words, the debt deal is supported by underlying financial statements and representations to the court that could be impaired by fraudulent activity.

There is also the question, raised by the FOMB itself in a different venue, of how much of the debt that is covered by the restructuring agreement was legally issued. In a lawsuit against some of PREPA’s oil suppliers and fuel testing laboratories, the FOMB alleges that PREPA was insolvent in 2011. Yet the FOMB has made no move to argue that the $1.3 billion in debt incurred by PREPA after 2011 was issued fraudulently. Instead, it is rushing to close a debt deal that will lock Puerto Ricans into paying off that debt for the next 47 years.

THE FOMB AND THE BANKRUPTCY COURT SHOULD BRING TO A HALT PREPA’S DEBT RESTRUCTURING PROCESS until there are investigations into both (a) how much debt PREPA actually owes; and (b) whether and to what extent PREPA’s financial statements have been impaired by fraudulent activity.

It is hard to understand how the Board would acknowledge the scandal and then ignore its clear implications for the debt deal, which will have a major impact on the economic recovery over which the Board has expressed so much concern.

Puerto Rico update: The governor ignores the facts and misleads the public about the debt deal