IEEFA: NSW is dropping $78m on the Blockbuster of energy when the world has moved to Netflix 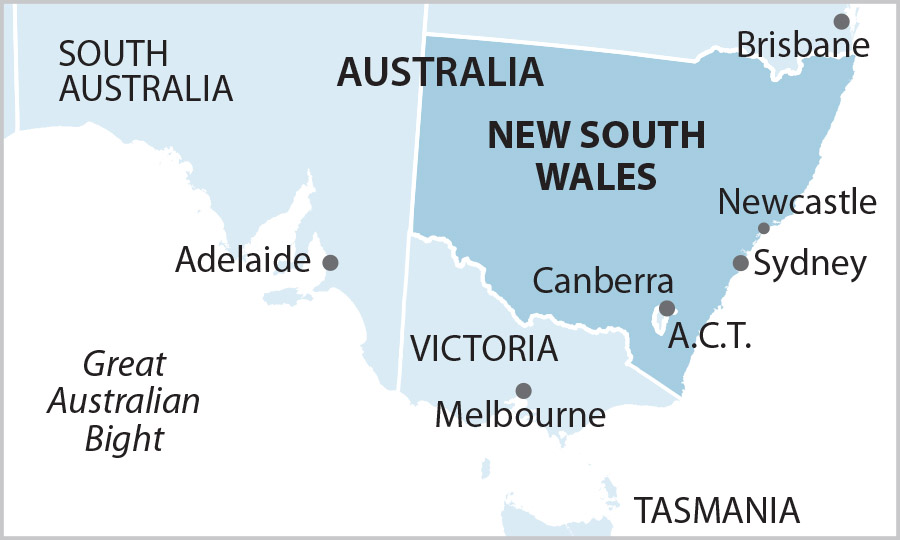 A little over six months ago the NSW government passed legislation with the support of Labor, the Greens and most of the crossbench to deliver a watershed in its energy policy.

The legislation and its implementation roadmap commanded widespread support and it’s not hard to see why: it was well thought through and imaginative, something that can rarely be said of energy policy in Australia.

The Tallawarra B gas-fired power station has been sitting on EnergyAustralia’s books since 2010, gathering dust

Energy Minister Matt Kean described it as putting power back in the hands of the community, wresting it from “powerful vested interests – the big energy money and the coal barons”. Later he suggested: “Those people defending old technologies [fossil fuels] are the equivalent of defending Blockbuster in a Netflix world.” We could not have put it better ourselves.

What then are we to make of his government’s unprecedented decision last week to give $78 million to EnergyAustralia, one of the energy market’s largest “vested interests”, to build the Tallawarra B gas-fired power station?

This power station was approved by the NSW Planning Minister in December 2010, but it has been sitting on EnergyAustralia’s books since then, gathering dust. The huge handout from the NSW government, probably about a quarter of the (unstated) total cost, has obviously been sufficiently generous to entice EnergyAustralia’s Chinese owners to commit.

And let’s be quite clear this is a handout, not a loan or payment for a share of equity, just a gift awarded without any competition and with, essentially, no strings attached.

This is a handout, not a loan or payment for a share of equity, just a gift awarded

The NSW government is trying to pass this off as an investment in “Australia’s first green hydrogen/gas power plant”. For its part, EnergyAustralia makes the risible claim that “the project will help deliver on the company’s ambition to lead the transition to a cleaner energy future”.

Poppycock. All that is on the table is a commitment from EnergyAustralia to “offer to buy” up to 200 tonnes of “green” hydrogen each year from 2025 (which is up to 5% of the fuel the power station could burn each year); to undertake “further engineering studies” to understand if more hydrogen can be burnt and, apparently, to buy offsets for the residual greenhouse gas emissions.

Even if the “offer to buy” is accepted and 200 tonnes of hydrogen are bought and burnt, this will mean greenhouse gas emissions that are only 3.5 per cent lower than they otherwise would be, taking account of the lower energy density of hydrogen compared to methane. “Further engineering studies” are not needed, burning hydrogen in a turbine is old hat.

And what of the offsets? If we imagine, optimistically, that the offsets are actually worth more to the environment than the paper they are written on, all that is achieved in the process of “off-setting” is at best no additional emissions, not emission reductions. The government’s handout to EnergyAustralia will do absolutely nothing to deliver the government’s “net zero by 2050″ strategy. To reduce emissions you need to stop producing electricity from fossil fuels and replace it with renewable generation. This is exactly what the government legislated to do.

The NSW government’s decision was warmly welcomed by Angus Taylor, the federal Minister for Energy and Emissions Reduction, in keeping with the Morrison government’s “gas-led recovery”, but it is bewildering to investors. Voters – emphatic in their support for clean energy – are likely to take an equally dim view. Credibility, as they say, is hard won and easily lost.

Dropping $78 million of public money on Blockbuster when the world has well and truly moved on to Netflix makes a mockery of the government’s fine words and legislated commitment.

The NSW government had the imagination and courage to free the state from entrenched national energy policy failure. It now needs to show it has the mettle to stay the course and make good on its promises, not on their antithesis.

By Bruce Robertson, an energy finance analyst at the Institute for Energy Economics and Financial Analysis, Professor Bruce Mountain, the director of the Victoria Energy Policy Centre, Victoria University, and Ted Woodley, the former managing director of PowerNet, GasNet, EnergyAustralia.

This commentary first appeared in the SMH.