IEEFA Indiana: Another Coal-Fired Plant That Should Be Retired 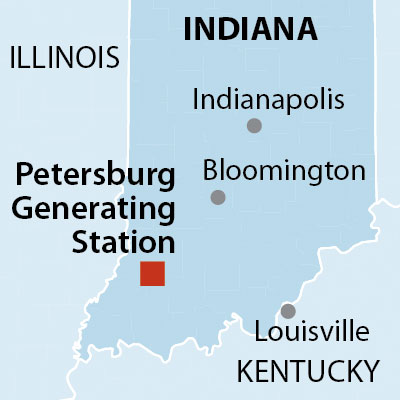 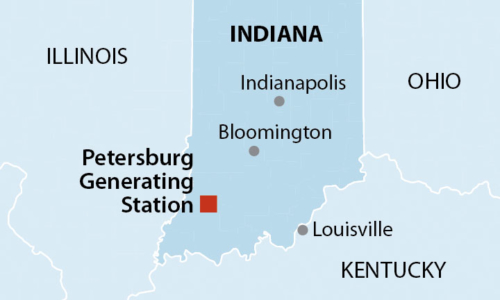 Indianapolis Power & Light Company, a subsidiary of Virginia-based AES Corp. that provides electricity to almost a half million people in central Indiana, isn’t known for always doing right by its ratepayers.

A spectacular case in point is the company’s current campaign to get the Indiana Utility Regulatory Commission to allow what in essence is a ratepayer bailout for an aging power plant well past its prime.

At issue is the fate of the four-unit 1,700-megawatt coal-fired Petersburg Generating Station in Pike County, which is in southern Indiana. The plant’s oldest unit is 50 years old, the youngest is 31. Lyndon Johnson was president when Petersburg opened.

Indianapolis Power & Light wants the commission to let it spend as much as $80 million on environmental upgrades to make Petersburg compliant with federal ambient air and coal combustion residue (coal ash) storage standards.

The company has submitted several economic analyses to the commission asserting that saving the plant and keeping it online through 2041 would be to the benefit of the company’s ratepayers. Oddly enough, the utility won’t make these analyses public, and indeed has managed to have the documents declared confidential.

Why doesn’t Indianapolis Power & Light want its customers to see these analyses?

Perhaps because they are so heavily biased in favor of completing the proposed upgrades and continuing to operate the four Petersburg units. To be more specific, maybe the company wants its arguments kept secret because they are rooted in extreme assumptions about future natural gas prices, energy market prices and capacity auction prices. Without flawed assumptions like those presented by the company, keeping Petersburg open is an otherwise losing proposition that in all likelihood would make customers pay higher bills than they ought to for the next quarter century (while ensuring Indiana Power & Light profits).

In addition to using very high assumptions for future natural gas, energy market, and capacity prices, the company’s analysis gives much more weight to scenarios with the most extreme (that is, high) assumptions for future gas and energy market prices than to scenarios with lower prices more consistent with what commodity traders expect. Indiana Power & Light apparently hasn’t even looked at the cost to consumers if future capacity prices are not as high as it claims they will be.

I testified this past fall and winter before the Indiana Utility Regulatory Commission as a witness for several organizations opposed to Petersburg’s continued operation and—although much of my testimony, on Oct. 4 and Dec. 22, ended up being redacted at the insistence of the company—some essential conclusions remain public.

One is that the company’s assumptions about future natural gas, energy market and capacity prices came from an old forecast prepared by a consultant, ABB Inc., a year and a half ago. Although Indianapolis Power & Light has refused recently to divulge the details of an updated ABB outlook, a public presentation by ABB, available here, shows that it has since lowered its outlook for future natural gas prices—suggesting, as most analysts do, that natural gas will remain a far cheaper alternative to coal.

This is to say nothing of the surging competitiveness of renewables, which are becoming cheaper and cheaper and taking more and more market share from both coal- and gas-fired generation.

One other note on ABB and Indianapolis Power & Light: the utility company has never verified the accuracy of ABB’s work, especially with respect to past performance, by comparing, for instance, previous ABB forecasts to subsequent actual market prices.

WE SEE KEEPING PETERSBURG ALIVE AS UNECONOMIC, AND EXPECT THE COMPANY’S PROJECTED OPERATING COSTS FOR THE PLANT—if it remains online—to exceed revenues from selling the power and capacity from the plant into the competitive markets.

The testimony I submitted, here and here, lays out our full analysis.

We recommend that the Indiana Utility Regulatory Commission reject Indianapolis Power & Light’s proposed ill-advised upgrades to Petersburg and put those dollars instead into a plan that would (1) evaluate retirement of each of the Petersburg units within the next few years, and (2) develop the most cost-effective portfolio of demand-side measures and supply-side options including market purchases, wind and solar resources, and new natural gas-fired capacity.

[Testimony to the Indiana Utility Regulatory Commission: October 2016 and December 2016].