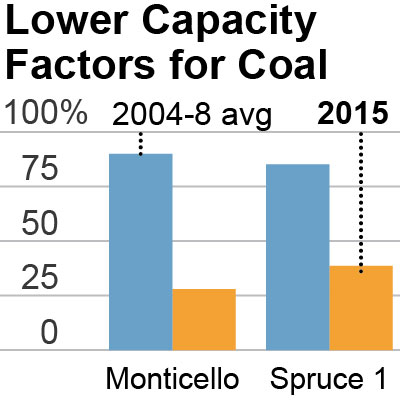 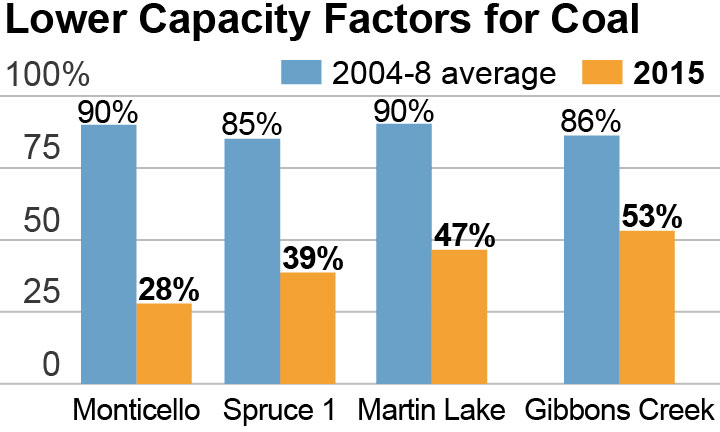 One of the points we touched on a few weeks ago when we reported on the declining role of coal-fired electricity plants in Texas is that they aren’t the baseload workhorses they used to be.

Our report—“The Beginning of the End: Fundamental Changes in Energy Markets Are Undermining the Financial Viability of Coal-Fired Power Plants in Texas”—examined seven aging plants that will likely be retired, perhaps sooner than later.

We explained broadly and in detail how those plants are emblematic of a fading industry for a host of reasons that are all rooted in market shifts driven by the rise of natural gas and renewables (here’s our blog post from Sept. 12 that explains more).

In all, the seven plants have 8,100 megawatts of capacity and account for a little more than 40 percent of the total coal-fired capacity in ERCOT. They serve as proxies, in other words, for the Texas coal-fired generation market—and indeed proxies for much of the industry nationally.

Our report concluded that these plants’ days are numbered simply because they cannot compete. Indeed one piece of proof is in the picture here, which shows how the plants—for the most part—are really just shadows of their former selves in terms of their capacity factors, which is to say their actual output versus their potential output. 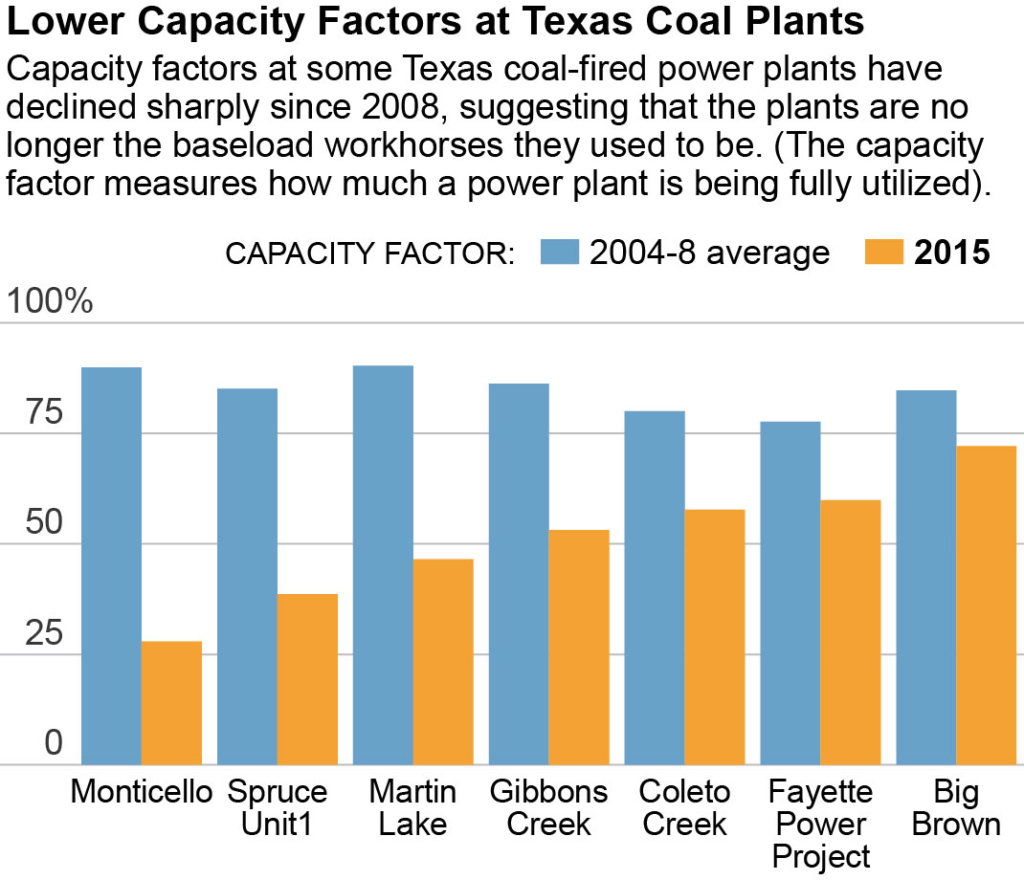 EACH OF THESE SEVEN GENERATORS OPERATED AS A BASELOAD UNIT THROUGH 2008, GENERATING AT HIGH OUTPUTS FOR THE MAXIMUM NUMBER OF HOURS POSSIBLE. BY 2015, NONE OF THE UNITS, except for Big Brown, were operating at the high capacity factors expected of baseload facilities.

It’s gotten so bad that Luminant has asked ERCOT regulators for permission seasonally idle two of the three units at its Monticello coal-fired plant and one of the two units at its Martin Lake plant starting in October of each year (after the weather cools off and demand for air-conditioning declines).

There is no reason to expect that the generation at any of these coal-fired plants will rebound significantly. Natural gas prices are not expected to increase substantially and the low-cost output from the thousands of megawatts of new wind and solar capacity that will be installed across ERCOT will displace the electricity that would have been produced at these coal-fired generators.

These were crucial in their day, but there comes a time when even workhorses must be put out to pasture.

IEEFA Texas: The Beginning of the End for Coal-Fired Electricity: Seven Plants Emblematic of a Fading Industry

IEEFA Montana: Closing of Two Coal-Fired Units Is an Acknowledgment of Their Failure to Compete

IEEFA Pennsylvania: Emblematic of a Sector in Distress, Homer City Power Station in West Pennsylvania Is on the Ropes