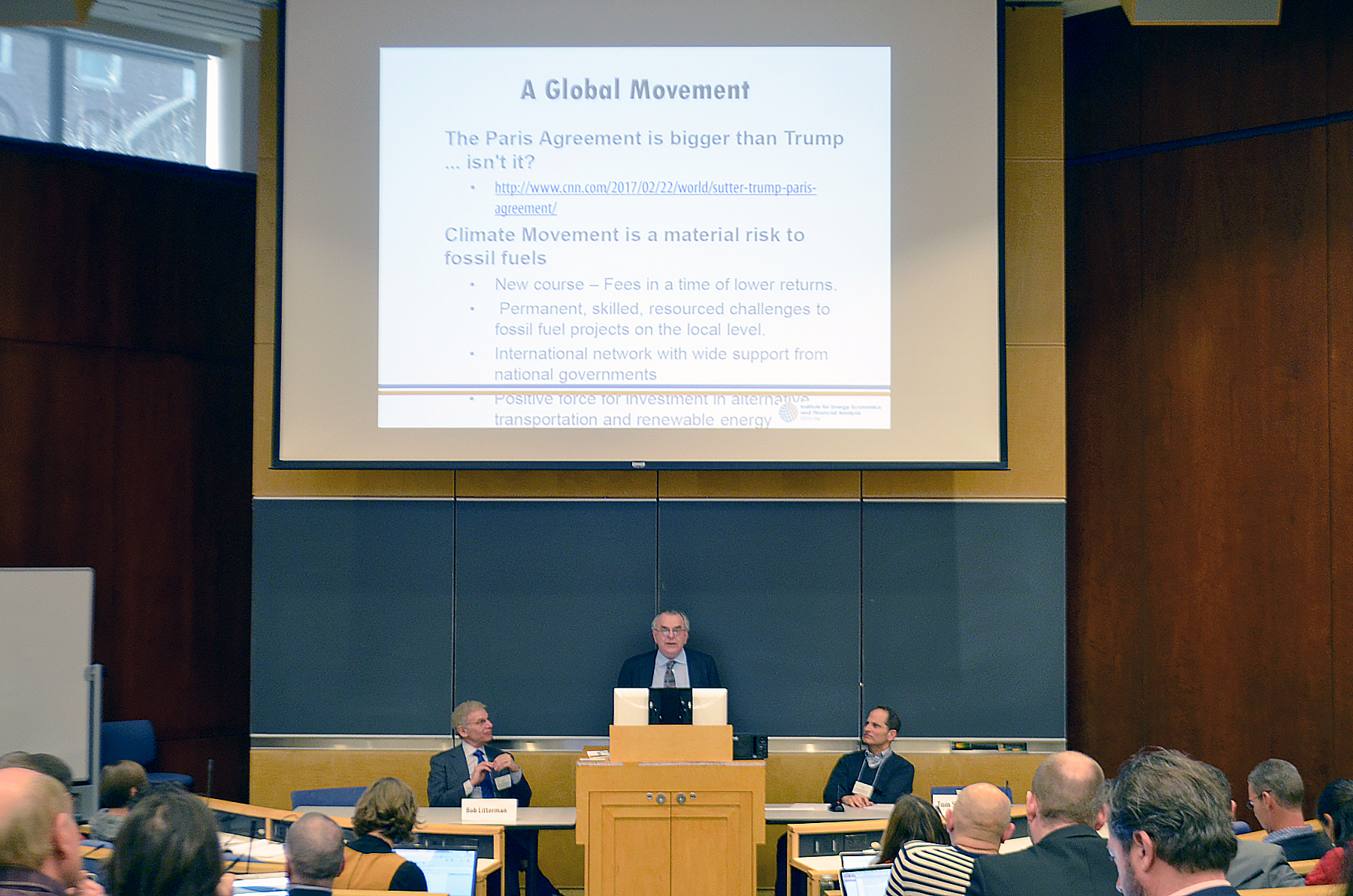 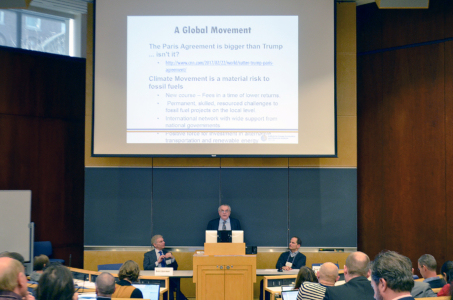 “We will price emission and we will move to a low-carbon economy,” said Bob Litterman a founder of Kepos Capital and a former Goldman Sachs risk-management executive who spoke at the conference’s first plenary.

Litterman said owners of fossil-fuel assets face challenges that go well beyond moral questions and that the oil industry has played down its inherent financial and economic risks.

“There are some exceptionally bad actors, and Exxon is one of them,” said Litterman, who singled out the oil giant for its reputation for poor transparency.

Litterman said emissions generally have not been priced into industry risk profiles.

Tom Sanzillo, IEEFA’s director of finance and a former executive for New York State’s pension funds, said he was speaking from the point of view of institutional investors in advocating for divestment from fossil fuels in general.

Sanzillo said environmentalist opposition has become an investment risk unto itself, and one that much of the fossil-fuel industry has underestimated.

He said the coal industry offers a dramatic example of misguided resistance.

“They can’t compete,” Sanzillo said. “They have not adapted.”

Sandy Buchanan, IEEFA’s executive director, said the conference, which is being held on the campus of Columbia University, has attendance from “25 states, 25 countries, 6 continents and 1 planet.”

“There’s no question we’re here at a pivotal and historic time in the energy transition,” Buchanan said.  “You’re going to hear some very heartening and interesting information about how the markets are with us.”

“It’s always that jobs study that gets people excited,” Smith said, citing Texas employment statistics that show the state has 23,000 wind-related jobs and 9,000 solar jobs—compared with fewer than 3,000 in coal-related work.

Bruce Nilles of the Sierra’s Clubs long-running Beyond Coal campaign, said “We see example after example of clean energy beating out fossil fuels.”

“People all over the country are fighting eminent domain for private gain,” she said.

Larry Shapiro, chairman of IEEFA’s board, said cross-cultural common cause has changed the discussion: “Every pipeline in America is now controversial, that wasn’t true 10 years ago.”