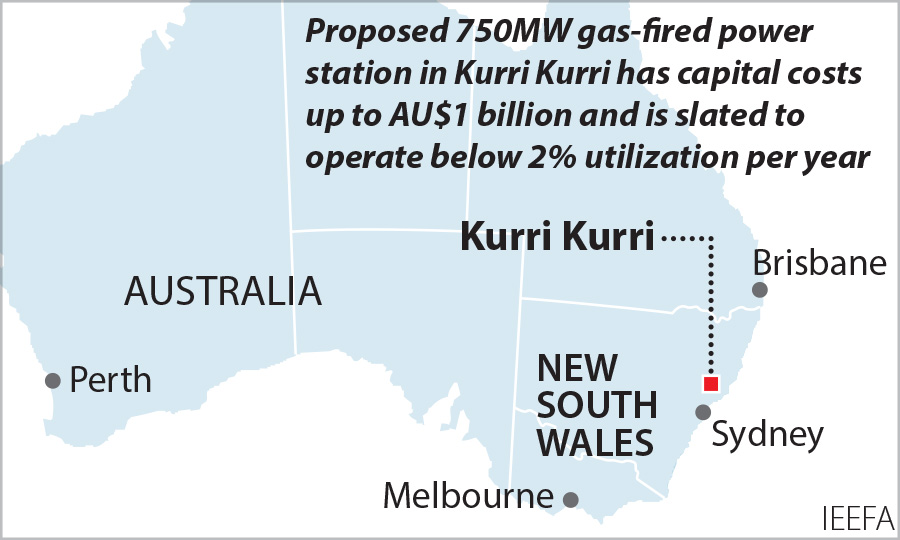 In retrospect, the government-owned 667 megawatt (MW) Colongra gas-fired power plant on the Central Coast of New South Wales was an engineering marvel and a financial disaster.

The AU$500 million capital cost included $104m for a spur line to the Sydney–Newcastle gas pipeline. The cost of the facility itself was $0.60m/MW.

While capital costs a decade ago were extremely low, that was the end of good news for Colongra.

Despite rapidly rising prices the plant did not perform financially.

Colongra had capital costs less than half the present build costs. It operated at a time when electricity prices increased by 60%. Yet it was sold within 5 years to Snowy Hydro for $234m in 2015, for less than half of the construction costs.

Colongra presently employs around two dozen people. It is difficult to envisage a worse outcome for taxpayers.

With the newly proposed Kurri Kurri gas-fired power station in New South Wales, the Federal Government and Snowy Hydro are perhaps proposing something much worse.

The background to Kurri Kurri is worth briefly recapitulating.

In 2015 AGL announced it would close Liddell power station in the Hunter Valley in 2022, and when a little pressure was put on, by 2023.

The Turnbull government at the time reacted poorly to this announcement which resulted in AGL replacing its CEO. But the Liddell decision was unchanged because it was fundamentally unchangeable. Old coal plants get shut.

In 2020 the Morrison government decided a more aggressive approach was required, demanding the private sector commit to 1,000MW of new capacity by April 2021 or the Commonwealth would do so.

The Australian Energy Market Operator (AEMO) then published a regular Statement of Opportunities piece determining no additional new capacity was required to replace Liddell. The Energy Security Board echoed that determination.

Despite this, in May 2021 the Federal government announced it would build a plant at Kurri Kurri.

Planning documents suggest costs of $610m for capacity of up to 750MW with the facility coming online by the end of 2023. Up to 600 people are expected to be employed in construction, or four times the number of Colongra.

However, Kurri Kurri will require a new gas pipeline, onsite gas, and diesel storage – none of which is included in the capital costs. Nor is the purchase of land.

The balance of probabilities is that Kurri Kurri will have industry average capital costs of more than $1.40m/MW or $840m for the plant. The pipeline will likely cost $125m or more. On site gas and diesel storage costs will likely approach $50m.

It is difficult to envisage a fully developed site at Kurri Kurri with capital costs less than $0.9 – $1 billion. Compounding the cost, the facility is expected to run on diesel for the first 6 months and to never operate at more than 2% utilisation – operating on average only 1 hour per month.

It is almost inconceivable that a facility with capital costs of $1bn can generate an adequate return based on such limited production. Long term returns of -5 to 0% seem likely.

Governments have always been involved in all phases of the electricity market. This results in politically motivated decisions such as Kurri Kurri.

The disappointing aspect is there are other options available at lower capital cost with less unattractive returns. Since the market impact of Kurri Kurri is likely zero, the government can get the same impact on pricing.

The obvious solution would be for the Commonwealth to spend $300m or so subsidising capital costs at Shoalhaven, much as occurred at Tallawarra B.

The Commonwealth should fund obvious and sensible solutions to lower electricity prices, not disasters.

Owen Evans is a financial analyst and IEEFA guest contributor.

This commentary first appeared in the Newcastle Herald.

Owen Evans is a guest contributor at IEEFA.