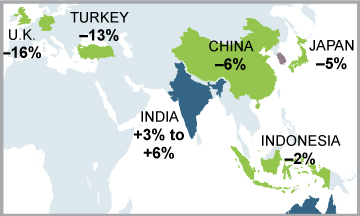 We’ve just posted a new research brief that describes how global thermal coal consumption will most likely fall by an additional 2 percent to 4 percent this year after peaking in 2013.

Our research shows specifically that China’s rate of decline in both production and imports has accelerated since the country hit peak coal consumption two years ago. We believe the trend is driven by the declining energy intensity of China’s economy and by renewable energy gains in market share.

China—by far the biggest consumer of coal—has recently seen a decoupling between electricity-demand growth and economic growth, a trend that reflects a significant shift from construction, infrastructure and heavy industrial activity toward consumer and service-industry sectors.

And the Chinese government is working to improve energy efficiency and limit emissions, rapidly diversifying away from its historic reliance on coal-fired power generation it invests in wind-, solar-, hydro-, nuclear- and gas-powered generation. 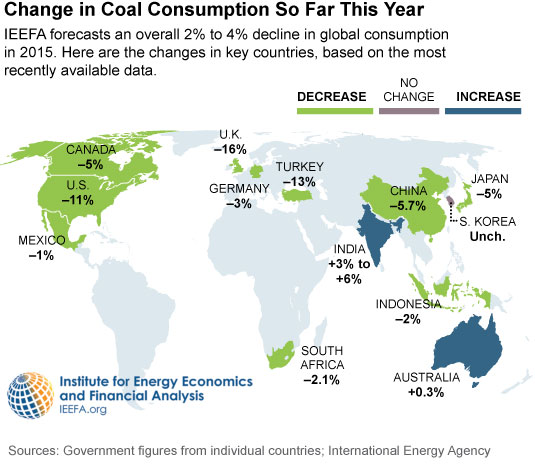